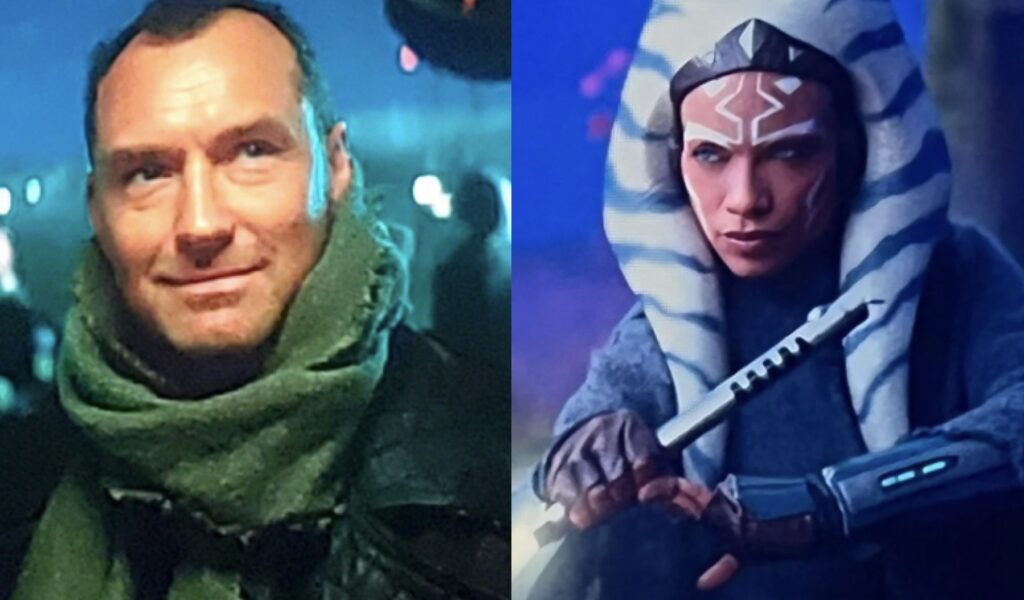 MakingStarWars has released a very exciting article featuring various tidbits he’s heard pertaining to the upcoming Ahsoka series and Skeleton Crew, with both series connecting to one another in a very interesting way. MSW does stress that readers should take these tidbits as rumours at this moment and you can read MSW’s article here, or you can watch his YouTube video where he goes more in-depth regarding his report.

According to MakingStarWars, the Ahsoka series will venture to a new galaxy or unexplored distant part of the galaxy we know, MSW uses the terms ‘New Beyond’ or ‘New Space’, but stated it’s unclear if this is what the region is called or if it’s just what those familiar with the production refer to the setting as. The region has reportedly not been explored in past Star Wars canon and in this unexplored part of the galaxy (or new galaxy) the force is viewed and used differently and that certain ‘magic’ users we know may have originated from this place. I personally take that line of ‘magic’ users as a reference to the Nightsisters as MSW then references them in when discussing the unknown character Ivanna Sakhno (The Spy Who Dumped Me) is playing in the series, saying they’ve heard hints at Sakhno playing a Nightsister or a variation of one.

During the second season of The Mandalorian, Ahsoka Tano is attempting to track down Grand Admiral Thrawn and comes across Morgan Elsbeth who is connected to the admiral. According to the report, Elsbeth will also have connections to this ‘New Beyond’, and that this is where Ezra Bridger and Grand Admiral Thrawn were sent following the events of the Star Wars: Rebels series finale and where Thrawn has been residing ever since. MSW goes on the speculate about Thrawn returning from this location with new allies who use magic or an undead army, but does add that he’s now personally heard from his sources that Lars Mikkelsen is playing the live-action version of the character, adding to the various rumours of Mikkelsen returning to the role from the past year.

According to the MakingStarWars report, this ‘New Beyond’ location is where Skeleton Crew takes place. We know officially that the series will follow a group of children who are lost in the galaxy attempting to find their way back home, and if what MSW is saying turns out to be accurate then perhaps the series will see the children attempting to find their way home from one galaxy, a galaxy that we are unfamiliar with, to another, the one we’ve been experienced stories in for over fort years. MSW questions if the past rumours of Skeleton Crew, back when it was only known as it’s codename – Grammar Rodeo, taking place in a different era actually meant new area as all the past reports from the time proved accurate including its codename, that it was being directed by Jon Watts (Spider-Man: No Way Home), when the series will begin filming, and the “Stranger Things in space” description.

Though he hasn’t been able to get confirmation on this, MSW has had it implied to him that Ahsoka Tano will be making an appearance in Skeleton Crew to some extent given that both series supposedly take place in the ‘New Beyond’. Both Skeleton Crew and Ahsoka filmed at the same time at Manhattan Beach Studios, which could complicate matters in figuring out if Tano makes an appearance in the Jon Watts created series.

If what MakingStarWars is reporting turns out to be accurate then it might be setting the stage for the crossover event that Lucasfilm president, Kathleen Kennedy, first teased back in 2020. Thrawn residing in the New Beyond waiting for his time to emerge from the shadows and strike the galaxy with a new army. Mon Mothma’s Military Disarmament Act saw the New Republic diminish its military by 90%, leaving the galaxy vulnerable from Thrawn’s attack. So who might have to step in to combat the Grand Admiral? Perhaps the Mandalorians, the ghost crew and Ahsoka Tano will be the galaxies only hope.