What to expect from Lucasfilm at CCXP 2022 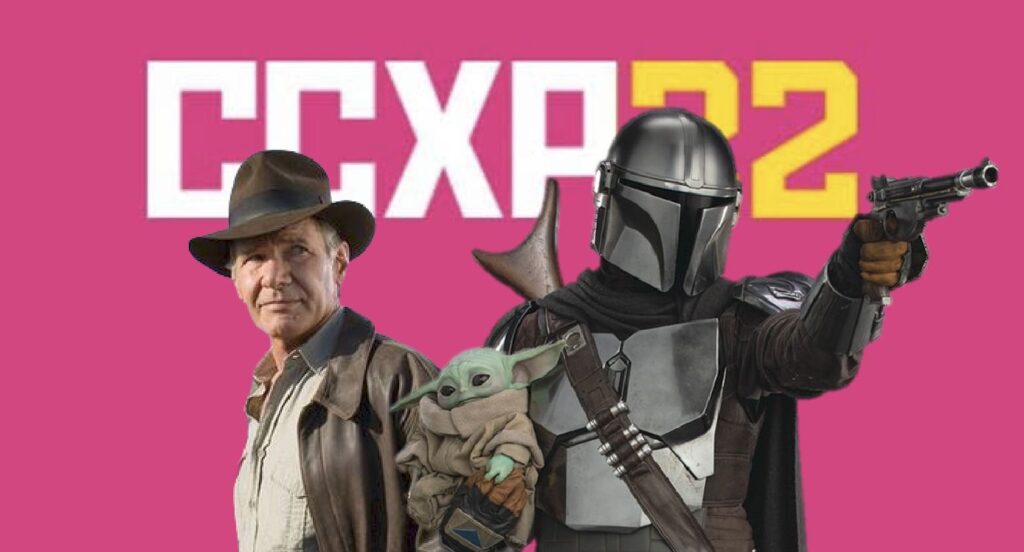 Hello there! Before we continue with the article, I kindly ask you to consider showing your support and appreciation for my work by tipping me via my Ko-Fi page here. Tips are quite rare around these parts, but I assure you no matter how big or small, each tip is deeply appreciated. Now, let’s get on with the news!

At 2:30pm ET/7:30pm GMT, Disney’s CCXP presentation kicks off and will reportedly run close to three and a half hours. Fans must remember that this is a Disney presentation and not simply a Lucasfilm one, so don’t expect an hours worth of news from the studio. So the question remains, what can we expect from Lucasfilm today?

First and foremost it’s likely Lucasfilm will dedicate some time to their latest television series, Willow, which released its first two episodes on Disney+ yesterday, with the series even having a booth at the convention. Willow hadn’t received a lot of promotion in the run up to its release, but reviews for the series have been overwhelmingly positive, and Lucasfilm may use the critical response to the series to further promote the release.

Creator of The Mandalorian, Jon Favreau, and executive producer, Dave Filoni, are expected to join the presentation virtually to discuss the third season of The Mandalorian. The CCXP twitter account has been teasing that news regarding the series will be unveiled at the event, but specifics haven’t been detailed. Lucasfilm did promote The Mandalorian at Disney’s ACAP showcase just yesterday, and it’s Lucasfilm’s next release following Willow, so we expect a significant update on the upcoming season at the event. I’m sure many of you reading are hoping/expecting a trailer, but unfortunately I don’t have the answer regarding whether or not we’ll get one. Previously it was reported by MakingStarWars that a trailer is/was dated for release on December 25th. Things could’ve changed, but personally I’m keeping my expectations in check regarding a trailer release whilst the studio is attempting to promote their latest release (Willow) and are rumoured to release a teaser trailer for their next theatrical release, Indiana Jones 5.

Indiana Jones 5 is due to release in just under seven months time after years of delays and anticipation. Lucasfilm debuted a trailer for Jones at the D23 Expo in September for those in the room, though a low quality recording of the trailer did make its way online, and Lucasfilm showcased the same teaser trailer yesterday at Disney’s ACAP presentation. Director of the film, James Mangold (Logan), on the 13th of November shared that the trailer would release in less than a month, meaning Lucasfilm and Disney want the trailer out in time for Disney’s next blockbuster, Avatar: The Way of Water, which releases on December 16th. Lucasfilm and Disney have begun promoting Jones in recent weeks, sharing exclusive images to Empire Magazine as well as interviews with the cast, and they also have a booth for the film at CCXP. CCXP themselves, in addition to The Mandalorian season three, have been promising news on Jones being revealed at the event. If I were a betting man, Indiana Jones 5, would be the trailer I’d expect to be released at the event.

But what about Lucasfilm’s other projects? Well I wouldn’t expect updates on any series not dated for 2023, so I don’t expect updates on the second season of Andor or the high republic era series, The Acolyte. Favreau and Filoni are in attendance, and the only live-action Star Wars projects releasing next year and being overseen by them – The Mandalorian, Ahsoka and Skeleton Crew. At Disney’s ACAP showcase, Lucasfilm showed three images from the Ahsoka series, so if we get anything from Ahsoka, it would likely be this. Lucasfilm did not promote Skeleton Crew yesterday at the ACAP event, but have wheeled out the series creators, Jon Watts and Christopher Ford, as well as it’s star, Jude Law, at both Star Wars Celebration and D23 earlier this year, but I personally don’t expect an update (or much of one) during the panel, but I’d like to get an update on the cast as the only actor officially attached is Law as previously mentioned, despite the series beginning filming in June and expected to wrap this month.

Moving onto animation, the second season of The Bad Batch is set to release early next month and we haven’t had a trailer since Star Wars Celebration in the Spring. Filoni is a producer on the series and was in attendance at its Celebration panel where a trailer was revealed, and in September took to the stage at D23 to reveal the seasons release date. If any Star Wars project was to get a publicly released trailer, I’d assume it would be for The Bad Batch, it’s overdue.

Lastly we move on to Star Wars: Visions. Yesterday a sneak peek for the second volume was shown to those attending Disney’s ACAP showcase, but I do not expect it to be shown at CCXP. Disney’s ACAP showcase caters to the Asian market, where Visions first season was created by various studios, and many studios located in Asia are working on the second season. Disney’s ACAP Showcase focused on many titles being created in Asia for their Disney+ streaming service as well as their Star and Hotstar banners. I wouldn’t expect an update on Visions at CCXP, and wouldn’t expect one until sometime next year.

As the panel itself is one for Disney, many of their studios are set to give updates on their upcoming projects, and trailers are expected to be released. Some trailers rumoured to be shown at the event exclusively or released online are Ant-Man and the Wasp: Quantumania, Guardians of the Galaxy Vol. 3, Loki season two, and The Little Mermaid.