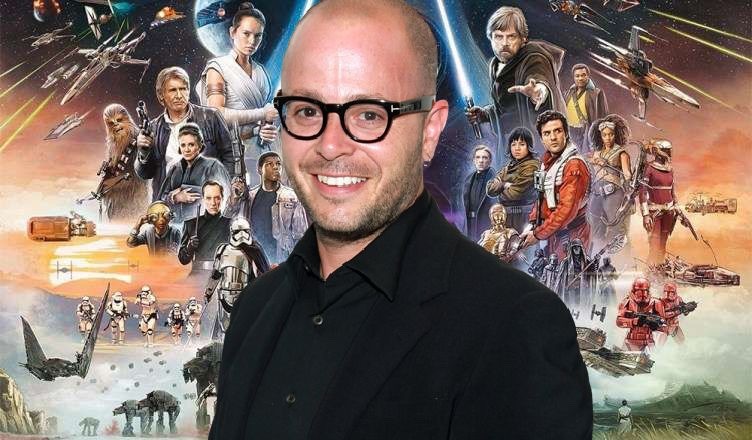 Hello there, and happy new year! Before we continue with the article, I kindly ask for you to consider showing your support and appreciation for my work by tipping me via my Ko-Fi page here. Tips are quite rare around these parts, but I assure you no matter how big or small, each tip is deeply appreciated. Now, let’s get on with the news!

In the Spring of last year, it was reported by Jeff Sneider via The Ankler, that the writer behind critically acclaimed television series The Leftovers and Watchmen, as well as films including Prometheus and Tomorrowland, Damon Lindelof, was working on a Star Wars film. Since then development on the film has seemingly progressed swiftly and smoothly. Lindelof is writing the film alongside Justin Britt-Gibson, who is best known for writing episodes of the series Into the Badlands and The Counterpart, and will be directed by Ms. Marvel’s Sharmeen Obaid-Chinoy. In addition to Obiad-Chinoy and Britt-Gibson being onboard, Lindelof also has a writers room for the project which includes Patrick Somerville, who wrote HBO Max’s Station Eleven and Netflix’s Maniac, Rayna McClendon, who wrote on Lucasfilm’s recent Willow series, Andy Greenwald who created the Rosario Dawson led Briarpatch, and lastly, Dave Filoni.

The reporter who first broke that Lindelof was working on a Star Wars film has given updates in the months following, reporting that the film will take the December 2025 release date which was previously held for Taika Waititi’s Star Wars film, and that Lindelof’s project will film sometime this year. Now, World of Reel, have followed up on Sneider’s report, and now exclusively reporting that Damon Lindelof’s Star Wars movie will start shooting in April of this year.

World of Reel had no additional details on the project, such as where it’ll be filming (the belief is Pinewood Studios, London or Shinfield Studios, Berkshire), but what’s interesting is that in the Summer of last year, The Hollywood Reporter claimed that Taika Waititi’s film was slated to begin filming in around the same time this year, and that his film was further along than what he had led fans to believe, downplaying how far in development the project was. I cannot confirm at this time what the project is, but for a number of weeks I’ve been hearing that a Star Wars project was being prepped at Pinewood Studios, London in addition to filming currently being underway at the studio for the second season of Andor and some scenes for The Acolyte, which is primarily filming at Shinfield Studios.

If the reports from Sneider and World of Reel are to be believed, then the next film in the Star Wars franchise will come from Damon Lindelof, and that Waititi’s film is now seemingly on the back burner. Lucasfilm and Disney have two dates marked for Star Wars films – December 19th, 2025 and December 17th, 2027. In addition to Lindelof and Waititi, Patty Jenkins, Rian Johnson and Kevin Feige all have Star Wars film projects announced to be in some form of development. Past reports from the trades have claimed that Lindelof’s film, set post sequel trilogy, is being written as a standalone piece, but if successful sequels will be developed. So whilst the initial 2027 was likely earmarked for one of the projects from the filmmakers listed, that date could eventually be housed by a sequel to Lindelof’s upcoming flick.