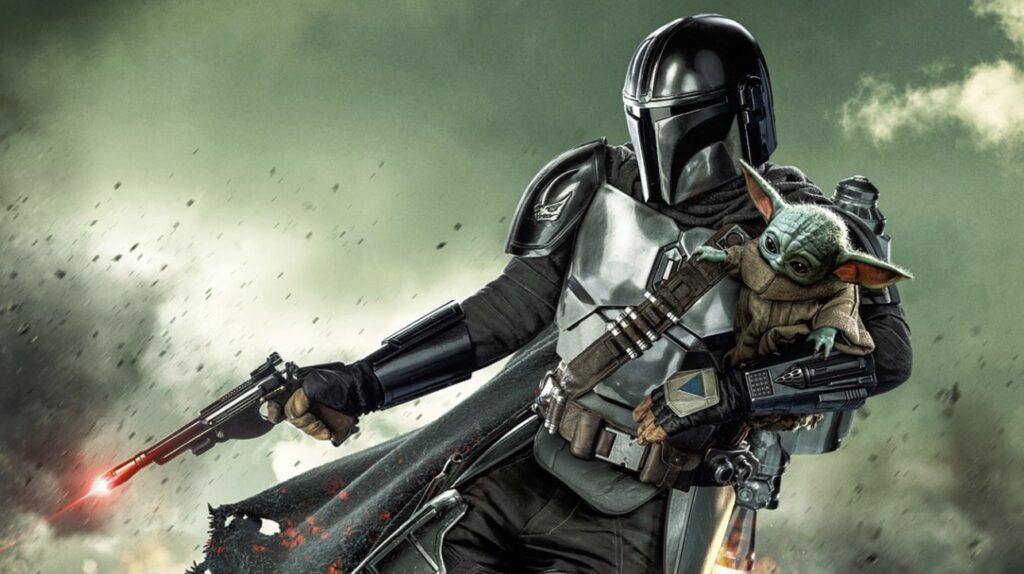 Four months ago the teaser trailer for the highly anticipated third season of The Mandalorian was released during the D23 Expo and a couple of months after it was announced that season would debut on March 1st on Disney+. Word on the third season has been quiet since, with fans eager to see more from the new season and rumours have been swirling for over a month that a brand new trailer was imminent, and finally, during Monday Night Football on ESPN, Lucasfilm and Disney released a brand new trailer for The Mandalorian’s third season.

The trailer begins with a voice over from Din Djarin questioning what it means to be a Mandalorian, and in addition explaining that his people are scattered throughout the galaxy. We see various shots from the initial teaser trailer, with some being expanded upon. As expected the trailer focuses heavily on Mandalore and showcasing various Mandalorian’s. Some exciting surprises in the trailer comes in the form of Doctor Pershing on Coruscant, a location we have not seen in live-action following the events of Return of the Jedi.

In a shot meant to look as if Carson Teva is having a conversion with Din Djarin, which he’s clearly not, Teva warns of a growing danger in the galaxy, telling an offscreen character by the time they decide to act, it’ll be too late. Teva is a ranger of the New Republic and he’s seemingly talking to somebody who has power, could this perhaps be Mon Mothma or even Leia Organa? The former seems more plausible, especially given that Mothma over saw the New Republic’s Military Disarmament Act which resulted in the New Republic’s military being shrunk by ninety percent.

However the shot likely to generate the most interest see’s a group of Jedi with their backs to the camera wielding their ignited lightsabers as a door on the Jedi Temple is being broken open. The scene likely takes place during Order 66, and you’d assume the scene is linked to a flashback seen in The Mandalorian season two which see’s Grogu at the temple during the event where he’s rescued by an unknown character. Who could be rescuing our little green friend? Mace Windu? The Bad Batch? Or maybe it’s Anakin Skywalker and the 501st reeking havoc…I’m sure fans minds are racing. The trailer ends with Grogu putting his force powers to the test, as he force pushes a creature he’s threatened by out of a cave with a stern, or even angry look on his face.