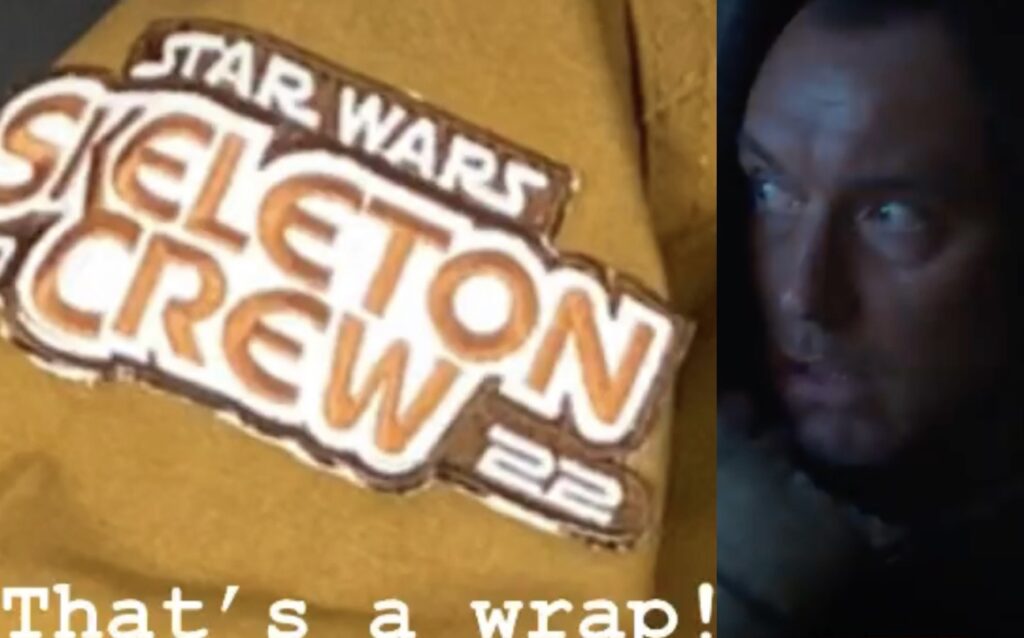 As of a few hours ago, the stunts department working on Skeleton Crew seemingly concluded their work on the upcoming live action Star Wars series. The news came courtesy of the series stunt coordinator, George Cottle, who took to Instagram and wrote, “that’s a wrap on Skeleton Crew! Once again I was lucky enough to be surrounded by some of the most amazing stunt performers I have ever worked with! I feel so lucky to have worked with you all! Thank you for all your hard work and dedication! So excited for this one”, and thanked series producers Jon Favreau and Dave Filoni, along with series creator and director, Jon Watts.

Cottle’s post contained many congratulatory comments from fellow stunt performers who worked on the series, who all seem to confirm they individually concluded their work on the series. However it’s only the stunt department I can find evidence of wrapping on the series today, but this is a sign pointing in the right direction that principal photography on the series will wrap shortly, if it already hasn’t. I reached out to sources to ask if the series had already wrapped, as I’d heard the series was aiming to finish completely by March, and was told by those sources that there was planned pick ups and additional footage taking place throughout the rest of January and February, but I must stress that this is a normal part of the filmmaking process.

Pickups and additional photography taking place once a series or film has wrapped isn’t uncommon, and it happened on The Mandalorian season three. Mando was set to wrap principal photography at the start of March in 2021, but filming continued for the rest of the month for reshoots and pickups. Planned additional filming on The Mandalorian also took place months later also. However departments wrapping up is only a positive sign for Skeleton Crew which has been plagued by production issues, and was originally set to wrap last month.

Skeleton Crew was created by Jon Watts (Spider-Man: No Way Home) and Christopher Ford (Chaos Walking) and focuses on a group of children lost in the galaxy attempting to find their way back home. The series is led by Fantastic Beasts: The Secrets of Dumbledore and Captain Marvel star, Jude Law, and is expected to release sometime this year exclusively on Disney+.