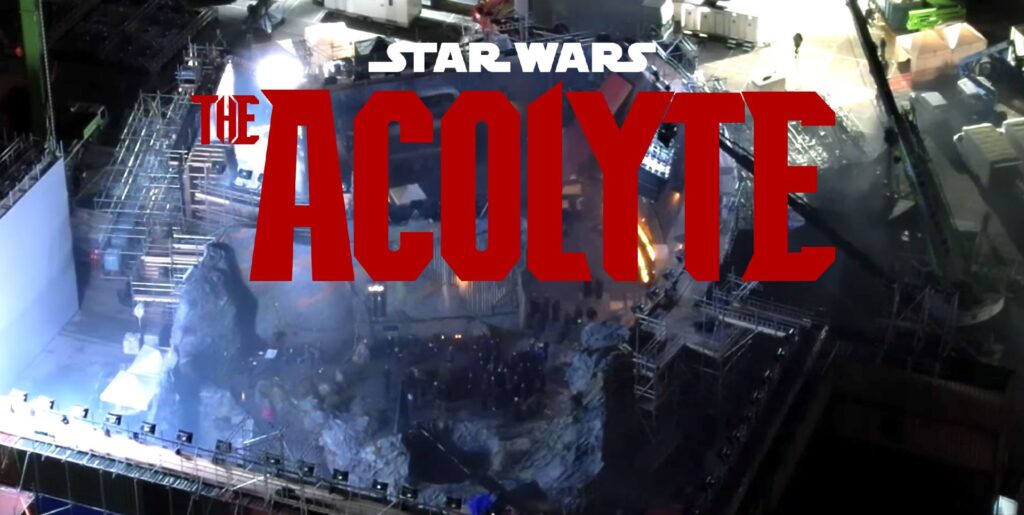 Star Wars: The Acolyte began filming towards the tail end of October at the newly built Shinfield Studios located in Berkshire. We’ve had various images taken from the set over the past few months and have even seen the cast in action whilst filming was taking place at the Brecon Beacons national park in Wales. Word on filming has been quiet since the production concluded shooting in south Wales, where they filmed in Merthyr Tydfil, Resolven and as previously mentioned, Brecon. However I did previously mention that The Acolyte has been filming various scenes at Pinewood Studios, London where another Star Wars production, Andor, is also currently shooting.

Shinfield Studios currently only boasts four sound stages, but will house eighteen by 2024. Due to this, The Acolyte is having to use studio space in other locations, such as Pinewood, but it’s been brought to my attention that the series is also now filming at Arborfield Green, which like Shinfield Studios, is also located in Berkshire. You can see a series of images of the set below, which reminds me of The Mandalorian set in El Segundo, California, not because it bares any resemblance to a location, but merely because of how the set has been constructed with many, many shipping containers strategically placed around The Acolyte set to avoid onlookers.

Not much can be seen in the images, but cast members and extras covered in black robes can be spotted. The robes are likely not part of the costume, but are being used in an attempt to hide the costumes worn by the actors and extras. The location does appear to be the same one seen at Shinfield, a town of some sort which sports red sand.

The Acolyte is set to continue filming until May of this year, but won’t debut on Disney+ until sometime in 2024. The series is set in the High Republic era and was created by Leslye Headland (Russian Doll), and will follow a former padawan and her Jedi master investigating a series of crimes which leads them to confront sinister forces. The series stars Amandla Stenberg (Bodies, Bodies, Bodies), Lee Jung-Jae (Squid Game), Dafne Keen (Logan), Charlie Barnet (Russian Doll), Jodie Turner-Smith (White Noise), Manny Jacinto (The Good Place), Rebecca Henderson (Inventing Anna), Dean Charles-Chapman (1917) and Carrie-Anne Moss (The Matrix).