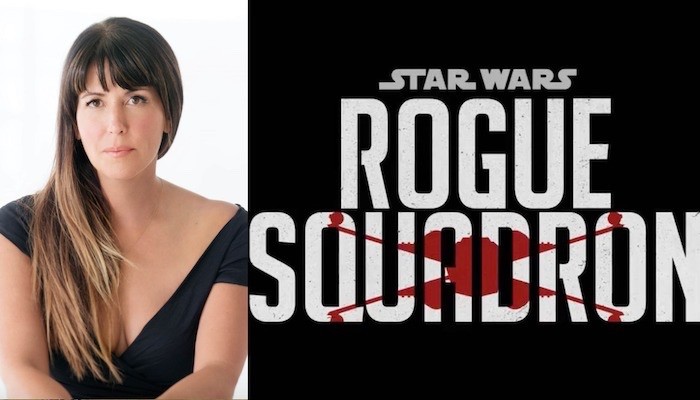 Just a few short weeks after Rogue Squadron was delayed indefinitely, director Patty Jenkins has exited her Cleopatra film to focus on Squadron and Wonder Woman 3.

Deadline are reporting that director of Wonder Woman, Patty Jenkins, has exited the role of director on the upcoming Paramount picture, Cleopatra, which is set to star Wonder Woman herself, Gal Gadot. Jenkins has reportedly left the project to focus on a third instalment of Wonder Woman and Star Wars: Rogue Squadron. Jenkins will however remain as an executive producer on the project and a director has been hired to replace Jenkins, The Falcon and the Winter Soldier’s Kari Skogland.

Back in November it was reported by THR that Jenkins’ Rogue Squadron had been indefinitely delayed and removed from Lucasfilm’s production schedule due to Jenkins having scheduling conflicts. Most fans disregarded the reasoning as the film was set to enter pre-production this month and film in 2022, with Jenkins initially claiming that Rogue Squadron would film ahead of Wonder Woman 3 and Cleopatra. Since the report, there’s been rumours that Jenkins and writer, Matthew Robinson, were having difficulty getting the script right and that Jenkins ran into creative differences with Lucasfilm.

Jenkins seems committed to making sure Rogue Squadron comes to life, leaving a project she’s been attached to for two years, but it does seem as if Wonder Woman 3 has taken priority for Jenkins. In recent months there’s been more movement on the Wonder Woman project and it wouldn’t be a surprise if Warner Bros pushed up the timeline of when they want that title to release, which possibly hindered Squadron. At this time it’s not known when Wonder Woman 3 is set to release or enter production, but Warner Bros. have an abundance of DC movies gearing up for release in the next two years including The Batman (March 2022), Black Adam (July 2022), The Flash (November 2022), Aquaman and the Lost Kingdom (December 2022), Shazam! Fury of the Gods (June 2023) and the HBO Max movies, Batgirl, Blue Beetle and Black Cannary.

Hours after Deadline’s report, the writer of the article, Justin Kroll, tweeted that Wonder Woman 3 is aiming to film in 2023, which likely means a 2024 release. Rogue Squadron was set for a December 2023 release, but given WW3’s production timeline, it’s clear as to why Squadron would not be able to hit its initial release date. This does however bring up the question of when Rogue Squadron will release. If WW3 releases sometime in 2024, you’d imagine Jenkins would spend most of that time in post-production on the project and more than likely reshoots will occur. It’s unclear if the Star Wars movies from Taika Waititi, scheduled for release in December 2025 and Kevin Feige, scheduled for release in 2027, will be reshuffled due to Rogue Squadron being unable to reach its 2023 date. I personally wouldn’t be too surprised to see both movies get a delay to make way for Rogue Squadron, especially when you consider the abundance of projects Waititi has signed on for. Taika is currently set to direct The Incal, Tower of Terror, Flash Gordon, Akira, Our Flag Meets Death, Time Bandits and Oompa Loompas, just to name a handful of projects.