Rian Johnson still discussing his Star Wars trilogy with Lucasfilm; “It would break my heart if I were finished” 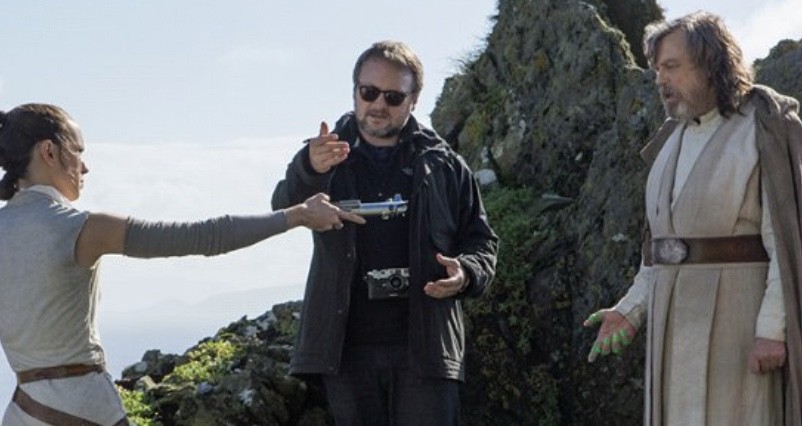 It’s been five years since the release of the critically acclaimed, yet highly divisive, Star Wars: The Last Jedi, and during the same year it was announced by Lucasfilm that the writer and director, Rian Johnson, would head-up his own Star Wars trilogy. Though there’s been little movement on the project, Johnson has revealed he’s still in contract with Lucasfilm about the trilogy and his desires to see it through.

During an interview with Empire Magazine the director revealed that he’s still close with Lucasfilm president, Kathleen Kennedy, and that the two “often get together and talk about it”, it being his long awaited Star Wars trilogy which would be separate from the Skywalker saga. Johnson explained to the outlet that it’s just a matter of “schedule and when it can happen”, but emphasised that it would break his heart if the project was unable to happen.

Johnson’s comments echos that of Kathleen Kennedy, who recently said that the reason there’s been no movement on the Johnson trilogy is due to the writer-director’s hectic schedule. Rian Johnson is currently in post production on Glass Onion: A Knives Out Mystery, the hotly anticipated sequel to his critically acclaimed hit from 2019, Knives Out, which is set to release in theatres this November and bow on Netflix in December. Johnson is also slated to write and direct a third Knives Out film as part of a deal the filmmaker made with Netflix. Johnson is also currently working on a murder mystery television series, Poker Face, which he’s writing and directing. The series is being made for NBC’s streaming service Peacock, and is expected to release sometime next year with the series boasting an all star cast including Natasha Lyonne (American Pie, Russian Doll), Joseph Gordon-Levitt (Looper, Inception), Adrian Brody (Winning Time, The French Dispatch) and Ron Pearlman (Sons of Anarchy, Hellboy) to name a few.

Though both Johnson and Kennedy claim it’s due to scheduling, with the latter implying it’s due to the directors commitments, Lucasfilm have got three Star Wars films in various forms of development and slated to release over the next handful of years. Taika Waiti (Thor: Love and Thunder, Jojo Rabbit) is rumoured to film his Star Wars project next year with a 2024 release seeming most likely, Kevin Feige is producing a Star Wars film alongside writer Michael Waldron (Loki, Doctor Strange in the Multiverse of Madness) and Patty Jenkins (Wonder Woman 1984, Monster) was due to release her Star Wars film, Rogue Squadron, next year but the project was indefinitely delayed due to the filmmakers other commitments, but the project is still being worked on. So given the current outlook of theatrical Star Wars films and Johnson’s other commitments, it seems the directors trilogy is many, many years away.