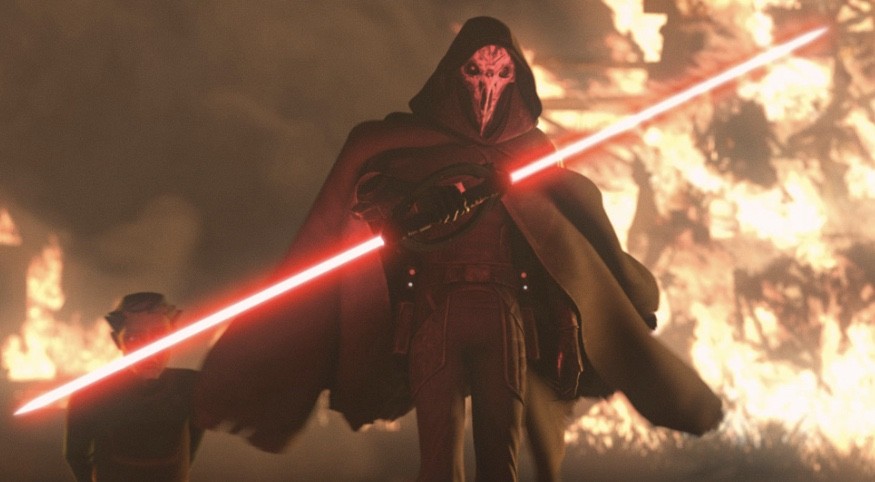 Hello there! Before we crack on with the article, I kindly ask for you to consider showing your support and appreciation for my work by tipping me via my Ko-Fi page here. Tips are quite rare around these parts, but I assure you no matter how big or small, each tip is deeply appreciated. Now, let’s get on with the news!

We’re now just six days away from the release of the animated anthology series of shirts, Tales of the Jedi, created by Dave Filoni and we’re now learning new details on the series. Outlets have received screeners of the series ahead of Tales’ release, and EckhartsLadder on Twitter has revealed the length of each of the six episodes and they are as follows:

The episode lengths are what you’d expect given the series is six episodes of shorts, though the first episode is seventeen minutes long, pretty lengthy for a short. In addition to the episode lengths being revealed, some outlets have shared their reactions to the series on Twitter, here’s but a few:

The Direct: #TalesoftheJedi brings an emotional blast to the past that fills some exciting blanks in the prequel trilogy. Short enough to make for an easy watch while providing intriguing new details about two key players from both sides of the force. A must see for Star Wars fans.

The Disinsider: #TalesoftheJedi is a joy to watch, it’s also a great companion series to #TheCloneWars in many ways. It’s got some really fun stuff, but it quite dark when it needs to be. With appearances from familiar faces and new layered stories, it allows for some interesting world building. So cool to see Ahsoka back in action, and just as badass as ever, even against an inquisitor. The show/format has some great potential in terms of storytelling and opens the door for hearing more earlier stories of many great Star Wars characters. Don’t miss it!

Kristian Harloff: Wow, eps 1-6 of #TalesoftheJedi is just premiere Star Wars. The animation, sound design and incredible score by Kevin Kiner, just powerful. EP 4 might be one of the best episodes of Star Wars animation maybe ever. Kevin Kiner should be scoring for live-action television.

Cinelinx: Had a chance to watch #TalesoftheJedi and am incredibly happy to confirm the shorts all whip great amounts of ass. One short in particular did everything I’d hoped with a certain diminutive character, but all of them brought a surprising amount of depth & emotion.

Murphy’s Multiverse: Tales of the Jedi is beautiful and powerful. Dooku and Ahsoka were favourites of Filoni’s and he gives them so much depth in so little time. The care taken to craft these stories can be felt heightening their meaning.

As we can see the the anthology series has gone over well with the critics, and I expect viewers to be satisfied with Tales of the Jedi also. I hope that Lucasfilm do more with the anthology concept in the future, even with Tales, perhaps focusing on characters outside of Ahsoka Tano and Count Dooku, and possibly during different era’s, I’d personally love to see an episode of Luke Skywalker training Leia Organa, or a glimpse at Rey Skywalker post or pre The Rise of Skywalker.