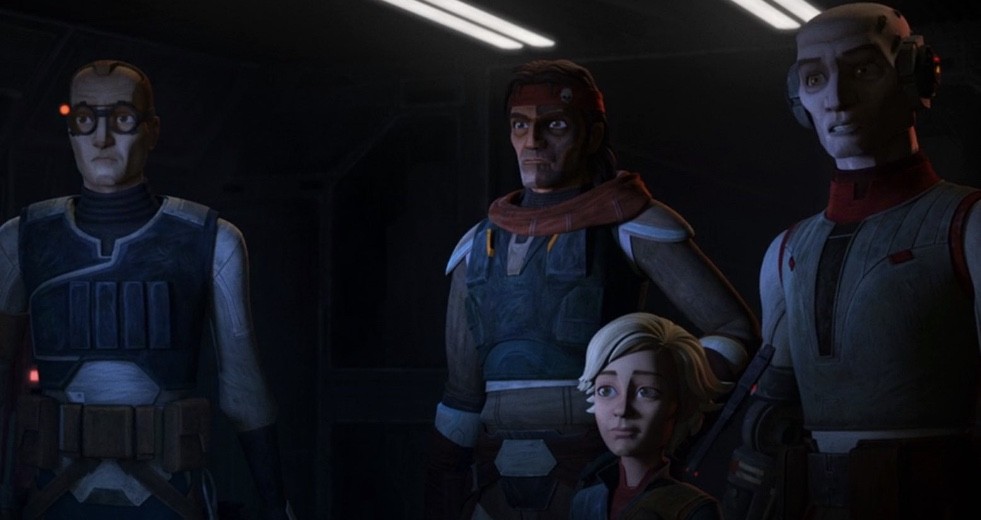 Earlier today, the official trailer for Star Wars: The Bad Batch season two was finally released following much speculation and anticipation. The trailer shows Clone Force 99 back in action and confirms the season is still due to start airing on January 4th, despite some unfounded rumours of a delay earlier this week.

In addition to the release of the new trailer, Disney and Lucasfilm sent out a press release containing the episode titles for season two along with their release dates. The Bad Batch season two will kick things off with a two episode premiere on January 4th, and will air one episode a week up until February 8th where another double bill is set to air, the season will return to its regular one episode a week schedule until March 29th where there’ll be a a two episode season finale. You can read the episode titles and release dates below.

I’m surprised we’re getting three double bills, especially as Star Wars Celebration begins just one week after the season finale, and I’m sure it would’ve been a treat for those in attendance to see an episode at the event and possibly with the crew. The season also ends roughly halfway through The Mandalorian’s third season which is set to begin airing on March 1st, and is expected to end on April 19th.