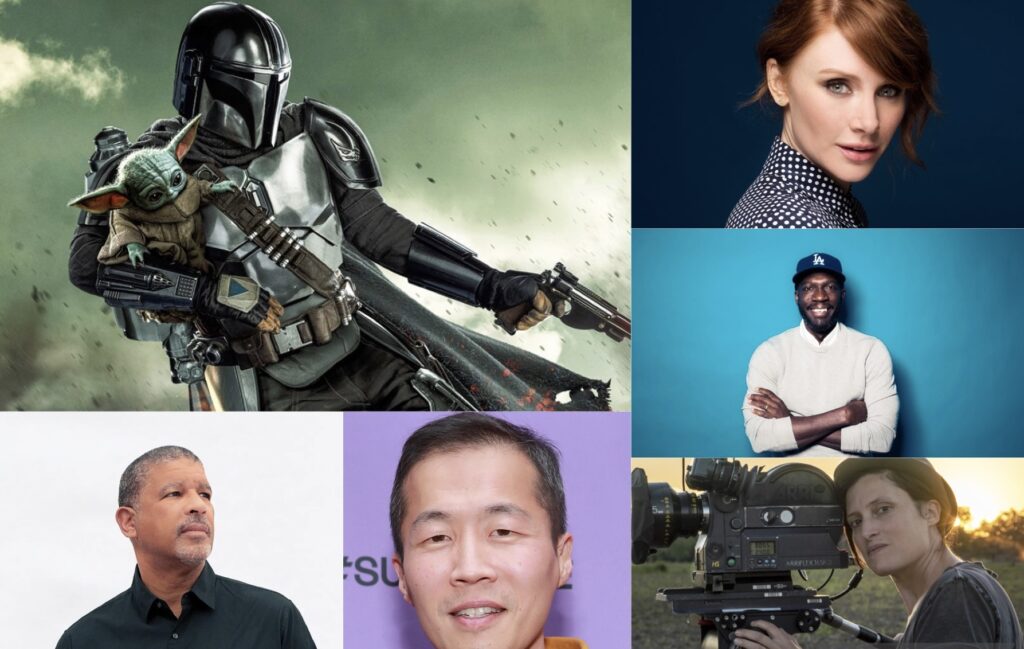 Earlier today Disney and Lucasfilm debuted the eagerly awaited trailer for The Mandalorian season three, which premiered during Monday Night Football on ESPN and impacted online shortly after. Disney quickly followed with a press release for the series in which they revealed the directors list for the highly anticipated third season which includes directors from past Mando seasons, as well as some fresh faces.

Returning directors from past seasons of The Mandalorian include Rick Famuyiwa (Dope), Carl Weathers (Sheena), and Bryce Dallas Howard (The Book of Boba Fett), who we reported a year was returning to direct for season three. New additions to the director list include Peter Ramsey (Into the Spiderverse) who was previously revealed to be directing at least one episode of the Ahsoka series, Rachel Morrison who’s previous directorial work includes TV series such as The Morning Show and American Crime Story, but Morrison is likely best known for being the Black Panther cinematographer along with being the cinematographer on Rick Famuyiwa’s Dope. And lastly we have Lee Isaac Chung who directed the widely acclaimed Minari in 2020, and is set to direct Twisters, a sequel to the 1996 film, Twister.

Famuyiwa was announced to have been promoted to executive producer on The Mandalorian season three during Star Wars Celebration last year, as series creator Jon Favreau and Dave Filoni said that he’d take a more senior role in their absence as they became busy with additional projects set during the same time as The Mandalorian, including Ahsoka and Skeleton Crew. Weathers confirmed he’d be both in front of and behind the camera back in the Summer of 2021, months before filming on the series began. In regards to returning directors, I’m most excited to see the work of Bryce Dallas Howard, who seems to be going from strength to strength with each episode set in the Star Wars universe that she directs. In regards to the new additions, I’m most excited to see Lee Isaac Chung’s episode as Minari was without question one of the best films released in 2020, and I’ve been eagerly anticipating seeing more from the director. I don’t know what to expect from Rachel Morrison or Peter Ramsey, I’m familiar with Morrison’s cinematography work and the only directorial effort of hers that I’ve seen is an episode of The Morning Show, and as for Ramsey, I’m interested to see in what he can bring outside of directing animated films and series, something he does incredibly well.