EXCLUSIVE: Star Wars: The Acolyte is filming at the Brecon Beacons National Park and more in Wales 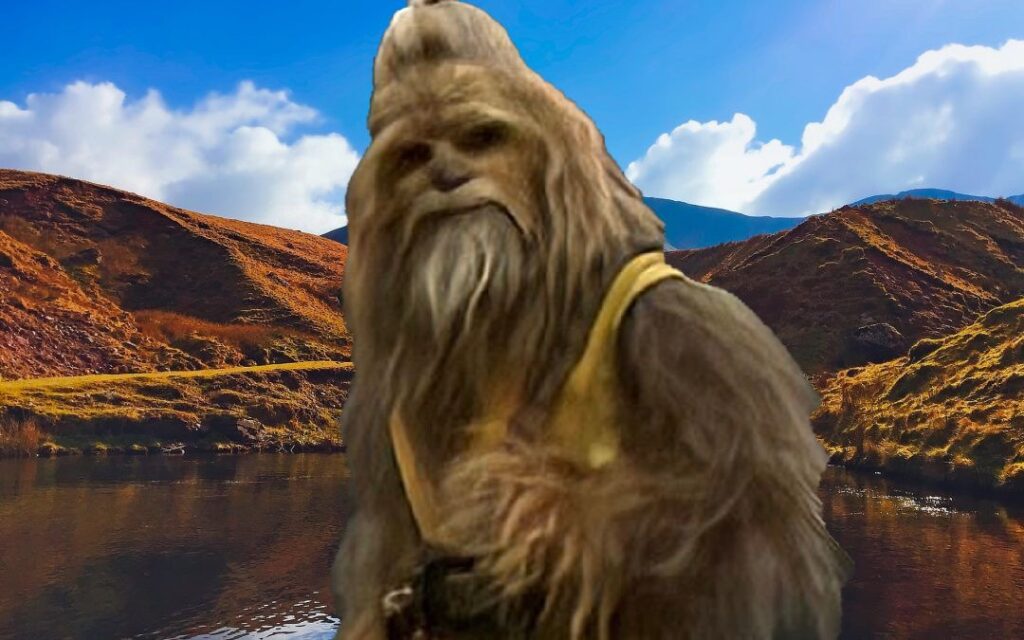 Towards the end of October I was informed that a Star Wars production was heading to Wales sometime in November, but as to where was not shared and which series was unknown. Within mere days, myself and various friends located signs near Brecon, Wales with the letters PDX, which stands for Paradox, the codename for the series, The Acolyte. Upon following the signs it led to the Brecon Beacons National Park in South Wales and after a handful of days I was able to locate the set. It’s also worth mentioning that Lucasfilm’s latest release, Willow, filmed various scenes for its series in the Brecon Beacons, including its national park, so I wonder if the scenes shot for Willow inspired The Acolyte crew to scout the area.

Disney and Lucasfilm productions often use codenames for films and series being shot. Signs for Andor dotted around the United Kingdom used the letters EE, which is short for E&E Industries, it’s production company, and it’s codename was Pilgrim, which they’re still using as seen in the set pictures of the series I released yesterday. Across the pond Obi-Wan Kenobi used the codename Joshua Tree, and signs for the production simply used the letters JT.

Locals and those familiar with the production taking place in the Brecon Beacons National Park didn’t know what was filming was a Star Wars series, all they knew was that it was a Disney production. What didn’t help matters was at the time I first discovered the area where The Acolyte was setting up to film, there was that a second production, a television series titled, The Winter King, that was also filming nearby, with signs featuring the letters TDK also placed near PDX signs. However The Winter King was using the Pontsticill reservoir, and The Acolyte was using the upper reservoir along with a forest close by.

As you get closer, the route to The Acolyte set closes off and the surrounding fields near the set are farmland, meaning there’s no way to get a glimpse at what’s being built from the ground, or at least we’ve not found a way after multiple weeks of visiting. That being said I did have a photographs sent to me (which is pictured below) of where locals beloved the set being was being built taken in late November and early December, the first images supposedly shows pipes being laid for dry ice use.

I believe that the images taken yesterday showcasing members of the The Acolyte cast in costume were taken on one of the two sets I’ve mentioned, either the one near Vaynor Road or in the Brecon Beacons National Park. If not then I believe in series location will be the same.

The series also filmed a couple of weeks ago in the village of Resolven, also located in South Wales. Friends and locals spotted the PDX signs I’ve spoken of, but filming had already wrapped and the signs had been taken down by the time I ventured to the location. Where the signs were located led to a reservoir and waterfalls, so I imagine what was shot in Resolven and in Brecon are for the same on screen location.

What I’m loving about The Acolyte production currently is that it seems to be following the route of Andor instead of the Manhattan Beach produced series (The Mandalorian, The Book of Boba Fett, Obi-Wan Kenobi) and are using large sets, practical effects and are filming on location. Don’t get me wrong, I love the Manhattan Beach projects, but the production value of Andor felt far higher and made the world feel more ‘real’ and lived in than something like Fett or Kenobi.

The Acolyte is set to film until May with a release expected sometime in the first half of 2024. The series created by Leslye Headland (Russian Doll) is described as a mystery thriller that’ll see a former Jedi padawan and her former master investigate a series of crimes and confront sinister forces during the time of the High Republic era. Amandla Stenberg (Bodies, Bodies, Bodies) leads the cast which also includes Lee Jung-Jae (Squid Game), Dafne Keen (Logan), Charlie Barnet (Russian Doll), Jodie Turner-Smith (White Noise), Manny Jacinto (The Good Place), Rebecca Henderson (Inventing Anna), Dean Charles-Chapman (1917) and Carrie-Anne Moss (The Matrix).